Juicing Series Part 1: The History and Benefits of Juicing – Nama Skip to content

Juicing Series Part 1: The History and Benefits of Juicing

Stephen Poplawski developed what he called the “drink mixer,” and what we would now call a blender, for the Arnold Electric Company, receiving the first patent for this type of kitchen appliance. Stories say it was created to make soda fountain drinks, but it certainly opened the gateway to smoothies made with juice.

Juicing Series Part 1: The History and Benefits of Juicing 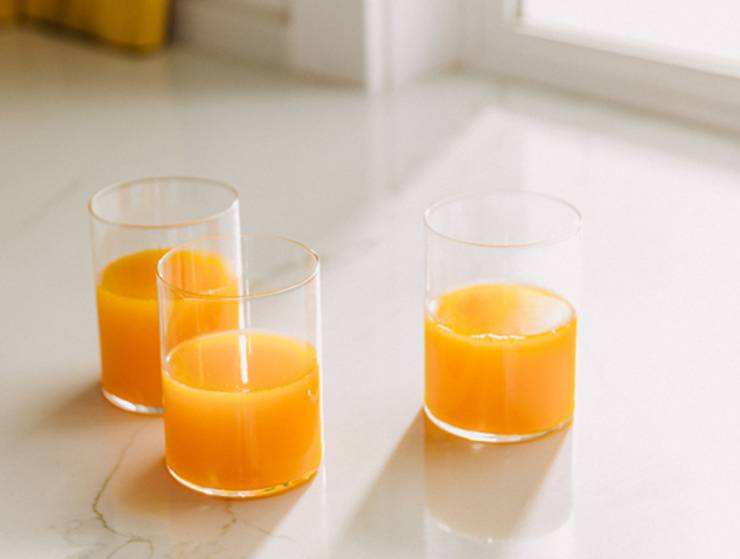 Fruits and vegetables are full of good-for-you nutrients, particularly phytonutrients. No surprise there. In fact, plant foods contain more than 25,000 phytonutrients with countless health benefits.1

But who was the first person to step on an orange? Squeeze a cucumber? Where did we get this idea to extract juice from the produce?

Let’s look at a few theories and pioneers and learn some of the benefits of this practice.

Back To The Future

Many people think of juicing as a relatively recent trend, but some historical research suggests that humans have been juicing for much longer.

The book Juicing and Smoothies for Dummies (2nd Edition) takes us back in time, writing, “The Dead Sea Scrolls have revealed that mashing pomegranate and figs for ‘profound strength and subtle form’ was practiced from before 150 BC. This is perhaps the first record of man’s attempt to separate the vital juices from fruits and vegetables for their healing benefits.”2

As early as the 15th Century, lemon juice became a gamechanger for public health. At the time, scurvy was running rampant.

“Scurvy killed more than two million sailors between the time of Columbus’s transatlantic voyage and the rise of steam engines in the mid-19th century,” writes Catherine Price in an article for the Science History Institute in Philadelphia.3 “The problem was so common that shipowners and governments assumed a 50 percent death rate from scurvy for their sailors on any major voyage.”

Scurvy, sometimes referred to as the “pirate disease,” was responsible for more deaths at sea than storms, shipwrecks, combat, and all other diseases combined, according to naval historian Stephen Bown.4

Pioneering physicians like James Lind and Gilbert Blane made a breakthrough with citrus juice. They found that when sailors had access to lemon juice daily, they could avert the potentially fatal disease, even when they were out to sea for months at a time without access to fresh foods.

What they learned, and we now know, is that the citrus contained vitamin C, a potent antioxidant that can help stave off illness and diseases, like scurvy. Fruits and vegetables are the best sources of vitamin C, including lemons, limes, grapefruit, kiwi, strawberries and broccoli.

Scurvy is more rare in modern times, but there have been recent cases when people succumb to junk-food-only diets without fresh fruit and vegetables. In one case report, a 65-year-old man said he only ate cheese pizzas and was found to have scurvy.5 He was treated with vitamin C and his symptoms subsided.

Neurologist Dr. Karl Meisel has studied the role of socioeconomics when it comes to nutritional deficiencies.

In a paper published in the journal Neurology, he found modern cases of scurvy in individuals living in a food desert, specifically looking at an Air Force base that was converted into low-income housing for victims of Hurricane Katrina.6

“They were far away from a true grocery store, and oftentimes processed foods were much more common,” Meisel said in an article.7

Juice can work as a supplement or extra dose of vitamins for anyone struggling to consume more fruits and vegetables.

“One of the great benefits of fresh juice is that it’s very high in vitamin C content and supportive for optimal health and wellbeing,” writes naturopath and clinical nutritionist Claire Georgiou.8

She says the standard recommendation to prevent scurvy is 60 mg per day, but that more than double that amount can help prevent cancer, cataracts and cardiovascular disease.9 Studies also indicate that getting enough vitamin C helps reduce symptoms and shortens the duration and severity of respiratory tract infections such as the common cold, pneumonia and other infections.10

And that’s just one vitamin! 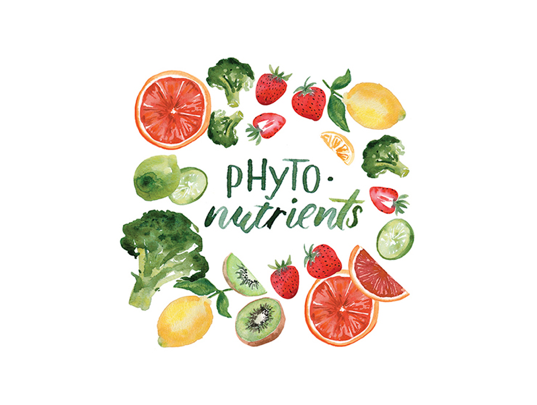 The Machines That Made It Possible

Back to our history of juicing. Fast forward to 1922, when another big invention comes to play—the first spinning blade at the bottom of a container. Remember that refrigeration became more widely available to the public around 1915, so people were just getting used to the idea of storing fruits and vegetables for longer periods of time.11

Stephen Poplawski developed what he called the “drink mixer,” and what we would now call a blender, for the Arnold Electric Company, receiving the first patent for this type of kitchen appliance.12 Stories say it was created to make soda fountain drinks, but it certainly opened the gateway to smoothies made with juice.

In the 1930s, Dr. Max Gerson started developing a protocol, now known as the Gerson Therapy™ to treat his own migraines and help others dealing with degenerative diseases. As part of the regimen, patients adopted a plant-based diet and consumed raw juices each day.13 He is credited for being one of the first people to connect the dots between nutrition, raw foods and health, though certainly others were also experimenting with this concept.

Around this same time, Norman Walker is credited with inventing the first juicer and the idea that juicing could help the body heal naturally. Walker immigrated to the U.S. from Europe, created the Brooklyn Institute of Ortho-Dietetics and eventually moved to California, where he opened a juice bar and wrote many books on health and nutrition.14

In one of his books, Vibrant Health & Becoming Younger, he tells the story of what inspired him to try juicing.15 He was staying at a farmhouse in France when his hostess began peeling carrots. He noticed that the inside of the peels were wet, which sparked the idea to borrow a feed grinder and run carrots through it. He made his first carrot juice. Walker eventually developed his own juicer to grind vegetables and break them into smaller pieces. Then he would press the pieces into juice. The Norwalk 280 is considered the successor of his original model.

In 1956, Ann Wigmore opened her farm in Stoneham, Massachusetts, to teach others about the concept of healing the body through diet and lifestyle.16 She discovered the benefits of living foods (raw fruits and vegetables) after healing herself from stage 4 colon cancer, using a combination of wheatgrass juice and other vitamin- and enzyme-rich foods. She grew up in Lithuania, where her grandmother was known as the “village healer,” and treated wounded soldiers with herbs during World War I.

Ann’s work was backed by Dr. Paul Dudley White, who was a Harvard University-educated physician, a member of the faculty at Harvard University, and who also served as President Eisenhower’s personal physician and became the founder of the American Heart Association. Her work continues at the Hippocrates Health Institute in Florida, which hosts programs that include juicing and eating raw foods.

The history of juicing would not be complete without mentioning Jack LaLanne, known as the godfather of fitness and creator one of the most known juicers on the market that bears his name.17 He opened one of the the first health clubs in California in 1936, which contained exercise equipment, a juice bar and even a health food store. He certainly benefited from the lifestyle, living until the age of 96.

In 1996, a young entrepreneur in New York City named Doug Green opened Liquiteria, a juice bar in the East Village, featuring cold-pressed juices made with a commercial Norwalk juicer.18 Up until then, juicing was mostly available at home or found in the back of a health-food store. Many consider Green’s store the mothership of the modern juice bar craze.

Of course, our friend and filmmaker Joe Cross, who was also the subject of his 2010 documentary Fat, Sick, & Nearly Dead, ignited and accelerated the plant-based eating and juicing movement, with millions of viewers throughout the world wanting to try his green juice recipe.

Since that time, juicers and juice bars have flooded the market bringing juicing to the mainstream. Still critics wonder about the hype. Why juice when you can save money and just eat fruits and vegetables?

Can Science Prove The Benefits Of Juicing?

Plenty of evidence links whole fruits and vegetables to a reduced risk of disease, but studies on fruit and vegetable juices are harder to find.

For many, juicing has become a convenient way to bring an array of nutrients into their diet, especially from vegetables they may not enjoy eating.

Researchers have investigated whether vegetable juices are a reliable way to increase vegetable intake. So far, the theory has turned out to be true. In a randomized, controlled, study at the University of California, Davis, scientists found that including 1-2 cups of vegetable juice daily could benefit your well-being.19 The increase in vegetable intake from the juices was associated with a reduction in blood pressure in subjects who were pre-hypertensive at the start of the trial.

A 2011 study found that drinking carrot juice can protect the cardiovascular system by increasing total antioxidant levels in the body and by decreasing lipid peroxidation, a process that can lead to cell damage.20 Orange juice was found to have a similar effect, helping boost antioxidant prominence and reduce lipid peroxidation.21

In addition, one small study found that a short, three-day juice cleanse (consuming only fruits and vegetables) may also have positive benefits for your health, particularly for the gut. A 2017 study conducted by UCLA scientists found that drinking only juice for three days improved the intestinal microbiota, which was associated with weight loss.22

Only you can decide whether juicing is right for your body, but it’s great to know that the practice has a long history and that many studies have been able to demonstrate the benefits.

Stephen Poplawski developed what he called the “drink mixer,” and what we would now call a blender, for the Arnold Electric Company, receiving the first patent for this type of kitchen appliance. Stories say it was created to make soda fountain drinks, but it certainly opened the gateway to smoothies made with juice.

Suzanne Boothby is a writer, coach and author, most recently working with Erin Brockovich on Superman's Not Coming: Our National Water Crisis & What We the People Can Do About It. She is the executive editor of The Brockovich Report, a newsletter for those ready to get out of this mess, talking about the national water crisis, toxic chemicals and other problems in your backyard.

As a wellness coach for Camp Reboot, she facilitated groups through a 5-day juicing extravaganza at Omega Institute with Joe Cross, the filmmaker behind the hit documentary, Fat, Sick & Nearly Dead. She earned her health coaching certification from the Institute for Integrative Nutrition in 2007 and has a Juicing Certification from Reboot with Joe. She is a proud alum of the Medill School of Journalism at Northwestern University. Learn more at www.suzanneboothby.com.